VC Presented   22 or 23 November 1918 by the Lieutenant-Governor of Nova Scotia, Grant at Government House, Halifax, Nova Scotia, Canada to his mother

He was the first Newfoundland winner of the Victoria Cross, Newfoundland didn't  become a province of Canada till 1949 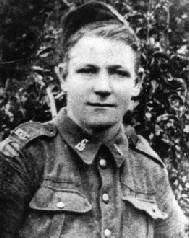