Place Of Death   Near Meharicourt, France

VC Presented   16 December 1918 by Governor-General of Canada, Duke of Devonshire at Rimouskie, Quebec, Canada to his father

During his time in the trenches, he suffered from Trench Fever which was a Bacteria Infection,caught from the Body Louse. 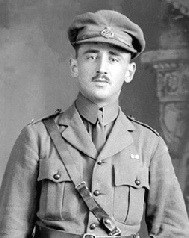