Before the war, he was a Rubber Planter in Sri Lanka 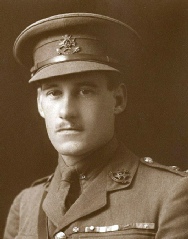