In the Forties and Fifties, he was a Labour Politician in local Government. 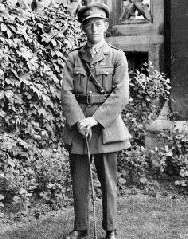