A treaty was signed in 1854 for western countries to trade with Japan. This was unpopular in some quarters as they wanted to be left alone. Many didn't want western influence so they attacked and sometimes killed the western traders, merchants and religious orders.

As punishment of a death of a British merchant, the Royal Navy bombarded the city of Kagoshima, situated on the Shimonoseki straits. 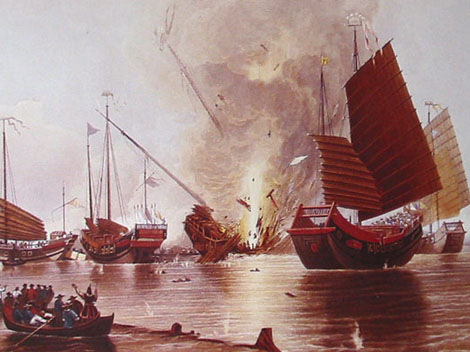