The Indonesian Confrontation (1963 to 1966) saw British and Commonwealth forces fight against Indonesia in a conflict that focused on the future of Brunei and North Borneo.

In 1962, northern Borneo consisted of the British protectorate of Brunei and the colonies of Sarawak and North Borneo, later known as Sabah, which Britain hoped to incorporate into the Federation of Malaysia (along with Singapore and the states of the Malayan Peninsula).

The rest of the island was made up of the Indonesian provinces of Kalimantan and President Sukarno of Indonesia wanted to add these territories to the rest of Kalimantan, being wary of continued British influence in the region.

In October 1965, the Indonesian army crushed an attempted coup by the Indonesian Communist Party, the main supporters of Sukarno. The following March, the anti-Communist General Suharto overthrew Sukarno who then withdrew Indonesian forces from the border areas and signed a treaty with Malaysia in August 1966. 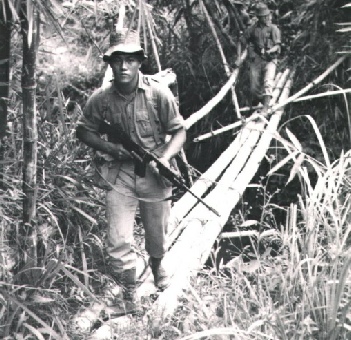