The Indian state of Hunza was right at the junction of three empires. The British, Russian and Chinese.

It was felt important by the British to be a block on Russian expansion. The British decided to build a road through the state to give them better access, but the ruler of Hunza was having none of it and took up arms against the British. 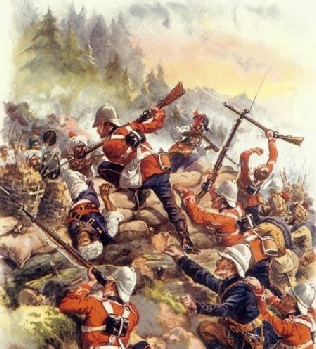