In 1872 the British took over the trading post of Elmina, on the Gold Coast, from the Dutch.

The Dutch used to send an annual payment to the local kingdom of Ashanti. When this was not forthcoming from the British, he sent his troops against the coastal tribes under the protection of the British. The British contained these incursions, but decided to launch a punitive expedition. 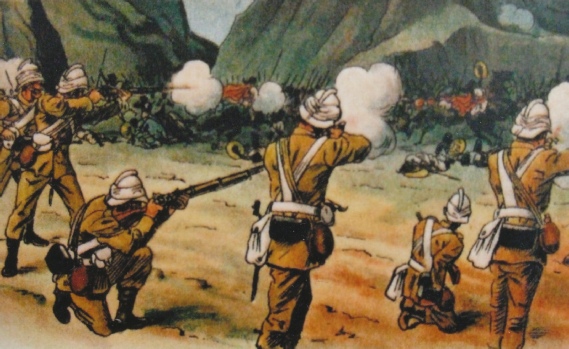